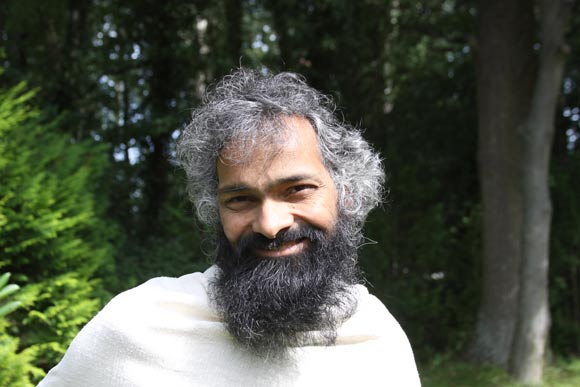 In India the issue of corruption is very much in the focus of attention and Anna Hazare is still fasting in his fight against corruption. Here we talk about political corruption and corruption in bureaucracy which is in everybody’s daily life. Normal things don’t get done without bribing someone and this is what everybody talks about at the moment. What unfortunately does not get seen these days very openly is another area where there is a lot of corruption: religion. Corruption in religion is much worse because the most corrupt people there show themselves as the purest of ideals that everyone else should follow. Additionally it is very difficult to actually prove that someone is corrupt in this field.

In a country like India religious corruption starts because the people of the country have very strong belief. They get cheated because of this belief and corrupt people can take advantage of them in order to enrich themselves.

It can start very small, with illegal acquisition of land. Someone would like to own some land and property which actually belongs to the government or also to someone who is not around very much to guard his property. This someone who wants to own the land just places a statue and a little altar onto that land and makes it a temple. In a country like India, nobody will remove this altar or temple because it is holy! The person can now start building around that place and have a whole house there in the name of making that temple bigger and better.

In general, temples are the reason named for a lot of corruption in India. There are again and again gurus like Kumar Swami who claim that they want to build enourmous new temples and need a lot of money for them. Apart from the question how useful it is to build more and more temples, the question often remains where all the money went? Nobody ever saw a temple really being built or if so, that it would be really as expensive! A lot of money goes in private pockets there and not to the purpose that people gave it for!

A different way to get money out of believers’ pockets is to promise them all kinds of things. Nithyananda says he can make them levitate, Baba Ramdev once said he would heal aids through yoga and Kumar Swami even claims to have healed brain tumors merely with his Mantras. Do you really think any of this worked the way they said? Is that not corruption, taking money for such promises and thus cheating hopeful believers? The best promise that I have heard in this way is that a guru could liberate you from the cycle of reincarnation. Who would prove that? But the guru makes his money…

In this year we have seen the nicest proof of how rich such gurus can really get. When the famous materializing magician Sathya Sai Baba, whose birthday celebration was attended even by India’s Prime Minister, passed away, they found so much money and gold in his private rooms that everyone was amazed to see how rich he really was! And that by making people believe he can materialize gold and jewelry!

In modern times you don’t only see posters and pamphlets as advertisement for such gurus but can also see them on TV channels. They spend a lot of money on getting their face to the best spots on television, so that people see them right after having seen an astrology show in which a caller is told how Saturn will have bad influence onto their future. Creating fear and then promoting the solution through the same channels brings these corrupt people a lot of business, too. And that happens on the same channel on which you can see talk shows against corruption at other times.

All this corruption starts when people have a strong belief and others try to take advantage of that belief. Just have a look at how much money those babas, gurus and temples in India have! And imagine if this money had gone to the support of the needy and poor instead! Corruption can be in many areas of your life and we need to fight it not only in politics, but also in religion.

Bharwa Baingan or Tomater – Stuffed Eggplant in Tomatoes – 5 May 12

How to forgive a partner’s infidelity – and can you really forget? – 13 Jul 12

Experiment on self: the Effect of too much Pizza – 26 Aug 12