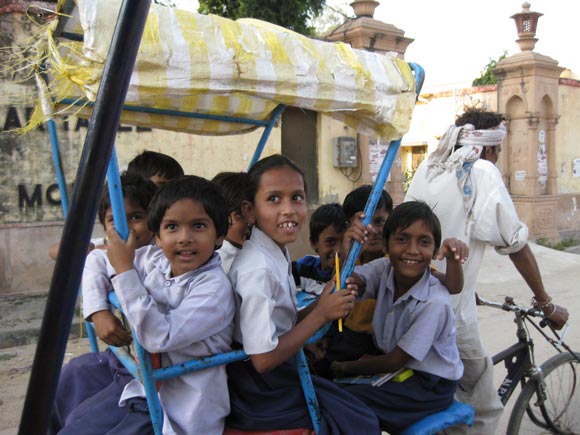 Yesterday I wrote about the study on education, violence and sexual harassment that was done by Plan International. Now when I told you about this, I focused on the points that I find important, that children are beaten and sexually abused. What Plan International wrote – and after them many newspapers, magazines, online authors and writers – includes another aspect: money.

The main point of their study, which was conducted not only in India, but in 13 countries of the world, was actually how much money different countries lose through physical punishment. The point is that many children stop going to school after being beaten and mistreated. In this way the schools earn less money which make the country earn less money but more importantly the children drop out of school, don’t finish their education and cannot become great engineers, scientists, computer specialists and doctors who would all earn and pay money for the country. In this way countries get a financial loss through corporal punishment.

One of the astonishing facts was that a yearly financial loss of 7.42 billion US-Dollar, India only reached the third place behind the USA and Brazil. Plan International obviously hope that this will be a reason for governments in all participating countries to start enforcing child rights and laws in order to save some money.

What stroke me about this study was that the money aspect was so important. Now, I don’t believe that this charity organization cares more about the money than the children but the fact that they believe they have to send the message in this way already tells its own story. They have most probably written hundreds or thousands of articles about child laws and violence in schools but to make it more important, they show how much money it costs. Does this mean that the governments of this world only care when it is about their money? Don’t they listen if you tell them that children are beaten and abused, do they need to hear that this will cost them money? Shame on you!

If this strategy helps, it is very fine, I wish that every government wakes up and acts. But I want them to act not only for those who could become engineers and have leading qualities, they should have this feeling in their hearts that they need to stop violence, no matter at what cost! If the whole world only cares when it is about their pocket, it is a very sad place to live in!

You need to act and help those who need it. Without seeing or thinking before, what it will bring you. These are the children of your country and you are responsible for them. Give them love instead of violence and let them get education in a peaceful and joyful atmosphere.

Chakra Dance Party in Copenhagen – 9 May 10

The Power of positive Thoughts and its Limitations – 8 Oct 12