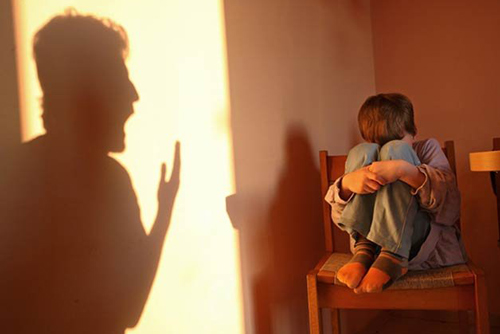 I yesterday told you how unimaginable it was for many teachers to teach without hitting any child. Even the response to our video exposing the cruel violence in a school of Vrindavan showed that many people thought a certain amount of violence is actually good and necessary for raising a child, even if the beating with a stick for no reason at all was too much. It is a thought deeply rooted in Indian society – but it is wrong!

Yes, if students get kicked with feet in school, if they are beaten without having done anything wrong, people say it is wrong. If a student is noisy the whole day and the teacher simply slaps him to make him quiet, people believe it is alright. Our video was too much for them but on the other hand there are much worse videos making shocking news a few times a year. Even cases of serious injury and death have happened. So it is really not that big of an issue – had the teachers not had a stick, had it only been their hands, the video would probably not have even made the news. Why? Because people are just used to it and actually believe it is right.

That’s what they do with their own children as well! They will find any way to justify slapping, to justify violence.

Yes, a slap in the face or, as many parents do with their small children, on the behind, are violence. Dear Indian parents and teachers, as well as any other person in this world who thinks this violence is helpful and necessary for raising and educating children: what you are doing harms your children and students!

You are always an example for those around you, especially the young ones who learn by looking at those around themselves how they do it! This means, you are teaching this violence to them as well. You are teaching them that you, the bigger one, are allowed to hit. The strongest one is the person who can hit and beat.

Obviously, your child will beat his younger siblings. Your elder students will hit the younger ones. This is what you taught them! This means once they are bigger and stronger than you, they can hit you as well, right?

Some people ask us ‘But if two children are fighting, you have to hit them to get them apart!’ What a nonsense! You are hitting in order to show that they should not hit! So you hit the one who is hitting. This means you are the one who is now hitting – who will hit you?

Most of all, you are doing it because you think it is good for your child, right? Scientific research has shown however that it actually harms your child. Yes, if you don’t want to believe me and the argument that you will just continue violence, believe the scientists who found this out! Its development is disturbed and that is no wonder: a child looks up to you and trusts you. Each slap will break the child a bit more and hurt that relation in between you. Yes, this is proven as well.

Understand that it is wrong and act accordingly!