Finally, after having told you everything about Monika's accident, the hospital we are going to take her to, the financial situation at her home and her alcoholic and violent father, I would like to tell you another detail about her family: Monika's mother gave birth to five daughters – but only three of them are still hers!

It was a detail Monika's mother dropped casually in the conversation when we were in the car to the hospital. “I have five daughters, really”, she said. Both, Ramona and I turned in our seats to have a better look at her. Five? Until then, we had only known about three!

Yes, she said, after Monika she gave birth to two more children. Already in the hospital, however, they were given away. Adopted by other families who would rather take a girl than have no child at all.

Because the problem was the gender of these children. Having already two small children and a useless husband that hardly helped raising them, the young mother was devastated to hear that she had given birth to another girl. How would this make her family and the family of her husband happy? Could she not give birth to sons? These thoughts were mirrored on the face of her mother-in-law who was standing next to her, looking down disapprovingly on her third granddaughter that had just been born.

While the mother-in-law was still talking about the misfortune and possible reasons for the wrong gender of the baby, she set off. When she came back some time later, she had another woman with her. This lady told them they should be happy, her own daughter didn't get any baby, no matter how much she tried – and obviously Monika’s grandmother had already done a deal with her: she had offered the baby girl for adoption!

Monika’s mother, in her desperation and still fully exhausted from the birth, could not say no. Probably it was the best. She wouldn't have to raise another daughter that nobody wanted. She could try again and finally give birth to a son!

There were papers signed that she would never want this baby back and still on the first day of this little girl’s life, her mothers were exchanged.

They tried again. And it was again a girl.

The mother-in-law was now obviously already experienced, as she found another family who would take the baby girl, this time even without any paperwork to sign.

“I had to agree – how would I raise another girl, I thought!” Monika’s mother told.

But when she became pregnant again and time came to go to the hospital, she took a decision: no matter which gender this child will have, this one is mine! She was determined and the other two girls were not that small anymore, either! Eight and ten years – she would manage! Her own mother came along to the hospital this time.

It was a girl again. But she kept it. She raised it until the little girl was two years old but then, when she tool up work and realized that in her home, there was nobody who would support her with the little one, she asked her mother for help. That’s how also her fifth child is not raised by her. But at least, it is hers still. Anytime she wants, she can go to her mother and see her and they come to visit as well.

But there will always be two small shadows standing next to her three children. She imagines, the girls have a better life wherever they are now.

Maybe it is true – but it still breaks the heart to think that the birth of a girl can bring such desperation that you would rather give your child away to another family than raise it!

Monika is very close to her mother and since the accident even more. She knows that she has two more sisters but accepts it just as a fact that they were adopted somewhere else.

You can read about Monika’s accident here and here on how you can support us in helping her! 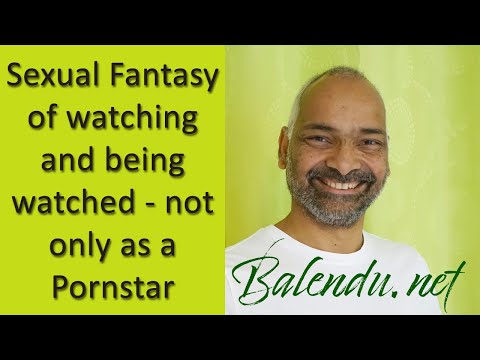 Sexual Fantasy of watching and being watched - not only...

Diwali Celebration at the Ashram – 14 Nov 12

Ashram Life at the Start of a Season – Friends coming and going! – 6 Sep 15

Filter the People in your Life and make them and yourself happy! – 29 Nov 12

Losing Luggage on the Journey to India – 20 Feb 08