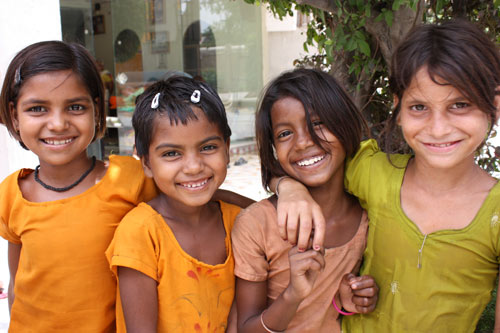 When talking about the caste system and saying that it is an outdated, crazy way to separate people and suppress those who are categorized as ‘lower’, you of course also hear the question how you could finish it. What would be a way?

I wrote in an earlier blog entry that politicians actually take advantage of the caste system. This is why the government and politicians actually have no interest in finishing it. They take advantage of the votes, knowing that people of their caste would rather vote for them than for a candidate of another caste. And this is something that happens for higher castes and lower castes in the same way. This is why they keep the caste system intact. So the very first thing that I believe would be necessary would be for politicians and the government to change their attitude. They should no longer support the caste system but work against it. I had a few ideas in which way.

1. Law against Organizations based on Castes

2. No Castes in Matrimonial Ads in Newspapers

Something else that should not be allowed is the way how the matrimonial section of newspapers looks like. I once wrote a diary entry about how the ads are categorized by caste. People search directly for ‘a Brahman Girl’. The government has the power to make a law that would change the complete structure. People would just be able to look for a partner with certain characteristics, not of a certain caste.

This would simultaneously be the first step to my next point in the action plan. Intercaste marriages should be encouraged by the state. If you protest now saying that this is a private matter, the government cannot do anything about it, I have to tell you that you are not completely right. The government encourages people not to have a lot of children, too. They run campaigns in which men receive money if they get a vasectomy, if they get sterilized. So why would you not encourage people to look for a partner outside their caste by offering money or maybe giving the possibility for a loan to the new couple once they got married and want to build a house?

At the moment it is still possible to recognize the caste of a person by their last name. Although this is slowly changing, I believe it would be good if the government gave people a one-time-possibility to change their last names to anything they like. After that there would be no way to tell whether they were higher or lower caste.

I realize that this is not all that one has to do. The main problem and task is the work on people’s mentality. They have to change their thinking. Many people who support the caste system will not agree with my writing here and will say that these points are not practical. But if there is a wish to change and to start, it can be done. It will definitely be effective.

I would love to read your ideas in the comments!

Experiences and Impressions from the Himalaya Journey 2012 – 23 Apr 12

Threesomes and more – openly listen to your Partner‘s sexual Fantasies

I am a pervert because I am married, am called Swami and talk about Sex – 10 May 15