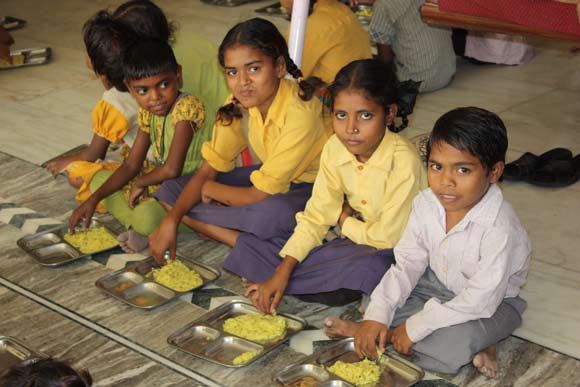 No Respect for lower Castes in Hinduism? Become a Buddhist! – 3 Oct 11

Last week I wrote about people who want to convert others to their belief. I explained why I believe it is not a good idea to even try. I also mentioned that I think more and more people leave religions because of the attempt to force them into a belief. But there are people who absolutely want to convert to another religion and there are of course religions that are happy to accept them as new members.

This happens in India with many people who, in Hinduism, are seen as lower than others. Dalits, people of the lowest castes happily convert in thousands. I read an article about Buddhist events in which thousands of Hindus, most of them of the lower castes, convert to Buddhism. We actually hear about such events quite often.

The reason for this is clear in my eyes: Hindus treat them as humans of second grade, worth less and made to do lower and dirty work. People of higher castes don’t want to eat with them, they think of them as untouchable and try to avoid them whenever possible. They are not respected, face a lot of restrictions within their own religion and that just because they were born into their families! I can understand their anger!

Hinduism is often proud of the fact that you are born a Hindu and I also mentioned that this is a good thing as Hindus thus usually don’t try to convert others. But imagine you are born a Hindu, but a lower-caste Hindu. Would you enjoy being a Hindu? Would you be proud and happy to be a member of this religion? Or would you be happy if a Buddhist monk came to you and offered you to become a Buddhist with all rights and full respect?

I believe everybody would agree that Buddhism here offers a better deal to them! That’s what Hinduism created itself! The caste system is inhumane and does not fit in today’s world. People don’t want to be suppressed by their own religion, especially not when they grow up in a free country, a democracy where they are told that they have a right for free speech, a right to have their own opinion and a right to decide for their lives themselves. Why, if they have the choice, should they choose to live in suppression and as a second grade human?

These ‘lower-caste people’ actually follow the example of B. R. Ambedkar, a man of big importance in the history of India. He, born into an untouchable caste, was one of the first lower caste people to receive university degrees and he is today known as the Chairman of the Drafting Committee of the Indian Constitution – the main writer of our constitution. Ambedkar did exactly the same thing: he converted to Buddhism and fought his whole life long against the discrimination of lower castes. He understood with own experience what it meant to be lower and worse than others because of your birth and in his lifetime already encouraged thousands of lower-caste people to convert, too.

It is a logical consequence to suppression by a religion.

5 Replies to “No Respect for lower Castes in Hinduism? Become a Buddhist! – 3 Oct 11”

A common and wrong Perception: Meditation is not Mind Control – 9 Mar 15