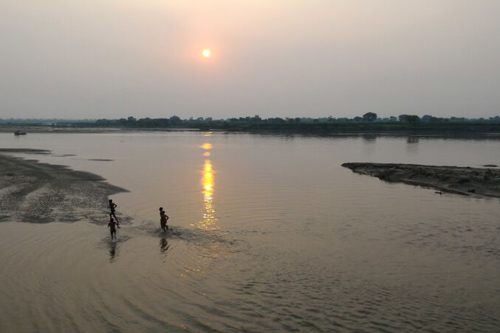 Can we make the World a better Place by spreading Atheism? – 4 Aug 15

I yesterday explained why the question of atheism and belief is more important in India than it is in the west. People just care much more about god and religion here! I mentioned that I believe the world will be better when more and more people leave religion and become atheists. Today I would like to illustrate this statement a bit and explain why it is not your belief or non-belief in god that will make the difference!

I want to make this clear once more: I don’t actually care much whether you believe in god or not. I can be friends with you either way – and I might not be friends with you either way. Only the fact that twenty, hundred or a thousand people say they don’t believe in god will not make the world a better place either. It is not really this belief that I am against, it is the exploitation of people, the manipulation of their minds and the incredible cheating that happens with this belief!

This is why I also don’t only limit all my thoughts and words to Hinduism and India! I think they are relevant and important for all other religions and beliefs as well, as people are exploited in so many ways when it comes to their faith! I want to explicitly include esoteric practices and ‘spirituality’ in here!

It is all the same: a group of men who write a book which becomes a scripture that others should follow. The head of a religion that publishes rules that others should follow. Gurus that tell their followers what they should do. Sect-leaders that guide their sheep-like devotees. Clairvoyants that claim to see what the future will bring. Psychics that reveal believers what their dead ancestors want them to do.

When I say I am an atheist, I also don’t believe in ‘the universe’ or any higher energy that directs us all. Others may think different. Only from the fact that a person doesn’t believe in god or any similar entity, the world won’t be a better place.

When I say however that I will do what feels good for me and which brings good to others, not harming anybody and not manipulating anybody and someone tells me he recently came to the same conclusion, I think this makes the world a better place!

As there is so much manipulation in religion and also spirituality however, the chances that this happens when you leave religion and god are high. I tell and write down my thoughts so more people may reach to the same thought and not have others exploit them anymore!

Positive Effects of Spiritual Healing – 8 May 11