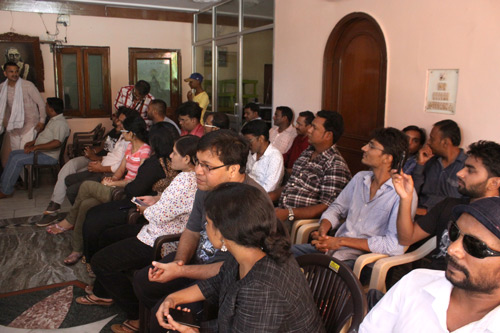 I have told you about our atheist meeting on the weekend. We truly had a great time together and I enjoyed exchanging thoughts and views with many people who think in the same direction. And it is a crowd that is growing and growing, in our country and all over the world.

The group that came together on Saturday was of mixed ages but the big majority was young men and women, below thirty and even below twenty years old. Friends of higher age appreciated exactly this, saying how nice it is to see that more and more young people think in a rational way! I told everyone that by sharing our doubts on religion and god, we can further increase the number of atheists in this country and around us.

Yes, I believe the world would be a better place if we had more people who don’t believe in god and don’t follow any religion. I am an atheist and I feel this is the right way to go. If I didn’t think there was something wrong with religion, I would still be religious! If I actually thought there was a God, I would not say I am an atheist! I have left the path of religion and that’s how I can clearly tell others that they should leave that nonsense as well!

Doubt and questions are not allowed in the blind faith of religion. And that’s why the next generation will leave religion and god. They know that you can only discover truth by asking, researching and digging deep. That’s how our crowd will grow – and I will be happy to be part of it!