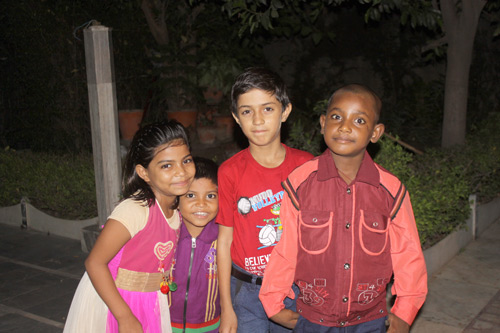 I yesterday explained that a lot of people believe atheists are not only miserable and lead a life without fun but also are not very kind people. They think atheists are not compassionate but selfish. I would like to use the space of my blog today to refute this idea.

First of all, let’s have a look at where such a thought comes from. What is the difference in between atheists and theists? One group believes in god, the other doesn’t. So those who believe in god think they are the ones who help others while atheists don’t. This means they assume god is the reason for them to help others. Interesting, as this would mean you are helping others only because god is telling you to in his scriptures, right? If you were on your own, without your god, you think you would not do the charitable work you are doing now?

I can give you a very recent example of compassion and help for others by atheists which happened just after our event: a group of young atheists left from our event to go by van, called tempo traveler, to Agra. We had called a local taxi company and had arranged the tempo traveler for them. On the way to Agra, they came to an accident on the road and stopped the van. I don’t know exactly what happened but there were injured persons who urgently needed medical assistance. Quickly, the small group had decided that instead of going to see the Taj Mahal, they would take the injured persons to the hospital!

Unfortunately, the driver of the van, a local man from the company, refused. He got afraid, for absolutely no reason, to get in trouble with the police or somehow otherwise. He even moved away from the car, showing that he would not drive if they took an injured person along.

So not knowing what else to do, they stood on the road, waving and signaling for the next cars to stop. Finally someone stopped and agreed to take the injured along to a hospital.

So a person who believes in god, which you can see on the van that says ‘Radhe Radhe’ on its side in big letters as well as his religious get-up and make-up, refuses to take along a bleeding, injured person while a group of atheists try everything to help, without thinking of their own plans.

It is not a big wonder for me however – as a non-believer will act on his own behalf, trusting his instincts, logical thoughts and emotions, while religion teaches its followers to follow fear. So while this man first of all thought of what bad could happen, the others acted. With the wish to help the ones in front of them.

If our work for our school children doesn’t convince you, maybe this could be a sign that atheists really do good work and help others – even when religious people are afraid to!